I wish every one of you could spend a week with me. I wish you could see that what started as a small ripple 18 years ago has now become a wave of impact. The evidence of our impact is EVERYWHERE. I see it while going through the Chipotle line and a beautiful 19-year-old Hispanic girl smiles deeply as she serves me, then says, “You’re Coach Seth, the Five Star guy, right? You taught me to live by the value of courage.” It shows up via a thirty-year-old woman named Tracy who walks up to me and proceeds to tell me that she was in Five Star in middle school. She shares how much it impacted her life and can even name her coach and the impact she had. She now has three small children of her own and is a licensed teacher. The evidence shows up in a 17-year-old African-American kid named Andre who spots me walking into a gym to watch my son’s basketball game. Andre’s eyes light up as he approaches, “Are you Coach Seth? I’ve always wanted to meet you. I love your videos!” It shows up while I’m eating lunch with a friend and am approached by a woman who says, “I’m a teacher and we implement Five Star’s Video Curriculum. I love what it teaches and am so grateful for what you do. It’s impacting our kids so much.” This happens all the time. Most of these examples are from the past week. The last example is about a girl named Audri who, in 6th grade, was told by her school that because of her disability she would struggle through middle school, drop out of high school, and never attend college. Audri’s parents were told that they should plan on her living in the basement and becoming a very low functioning adult. She wrote,

“Five Star changed my life for the better. It made me feel equal to everyone else in the room at a time when I didn’t feel that way. Five Star made me realize that I am unique not because of my disability but because of the qualities I have as a person. The values that were taught in the program I still carry with me today as a 22-year-old woman.”

Not only did Audri graduate high school, she went on to minor in Social Work and graduate with a bachelor’s degree in Criminal Justice. She wrote, “If I wasn’t in 5 star as a middle schooler and if I didn’t have people who believed I could achieve great things I probably would have been just another drop out number.” Today, Audri is a high functioning adult, willfully employed, and using her spare time to help other kids with disabilities. Each time I bump into someone who’s been impacted by Five Star, it inspires me to do more! I hesitate to say what I’m about to say for fear of being misunderstood, but if you could spend a week in my shoes, I guarantee you would be driven to help on a larger scale. My greatest challenge as President of Five Star Life is effectively communicating something many of you may never experience! The reality is each person who volunteered or donated will forever be part of Isadora, Tracy, Andre, Audri, and hundreds of thousands of kids’/adults’ lives.

In 2022, the wave continued to expand reaching more kids (over 22,000 a week) in new schools via our Video Curriculum program. This past summer we broke records in the number of programs we added, student groups served, and facilities added at Summit, our 350-acre training facility. We built a new infirmary, equine classroom, hay barn and outdoor riding arena. We added a blacksmith forge and were able to pilot a program this fall where kids learn how to shape metal at 1,200 degrees! Our Five Star Life Basketball program experienced record growth, having 27 teams from 4th-11th grades, winning 22 championships, and receiving 50 college offers for our players!

Our nature program added a birds of prey enclosure and an elk enclosure that will be stocked with elk in January. We added new kids to our Early Learning Center and re-launched our after-school programs at Summit. We launched a new program at the request of our local police department and juvenile detention and probation center. When kids get into trouble for offenses that don’t merit incarceration, the Director of Probation sits down with their family and gives them two options: community service or join our Five Star Life Snap Leadership Program. The caveat of the 6-week “Snap” program is that parents are mandated to attend along with their kids. What was designed as a 6-week program has turned into a 12-18+ week program because kids and their parents re-register for the next program even after being released from probation for completing the initial 6-weeks. Why? Hope. Connection. Community. Transformation. Love. One of our returning parents expressed it this way:

“Five Star is so much more than it is described. It builds community, brings kids together who need to be together, and creates a family with parents who have, until now, been alone, feeling inadequate and responsible for their child’s troubles, are/have been in the depths of depression and hopelessness. Five Star builds a motley crew of a community which is accepting, understanding, caring, and giving. How completely lucky each of our families is to be part of this program, this family, this Five Star Life.”

What’s our biggest challenge now? Scaling it. We are being inundated with registrants and it’s just the beginning because our two largest local school districts are now wanting to refer kids as well. In addition, I just met with a magistrate (juvenile judge) in another county who implements our Video Curriculum for their incarcerated kids, and she is requesting we bring this program to her county. She said her incarcerated kids are requesting she court order them to do our Curriculum upon release!

For three years we’ve been developing our own Five Star Life App, so I told her the great news that as of January 1, 2023, we can make this an option for the kids in her county. This app could be a game-changer for juvenile detention recidivism and for kids and parents across the country who are looking for tools to help their kids win! The app features an extensive library of video lessons that addresses just about every major issue kids are facing. It’s a research-based tool for parents and kids to process together. If you are interested in being the first to have access to the app, please complete the info in the comment card within this mailer. The Five Star Life ripple effect that started 18 years ago by targeting middle schoolers is now a wave reaching kids from pre-school through graduation. The wave impacts highly successful kids from affluent families and incarcerated kids whose lives are unraveling. The world needs the Five Star Life wave to become a tidal wave by focusing on two areas. First, we need to expand Five Star Video Curriculum within each current state and to each bordering state (IN, MI, OH, KY, IL, WI, FL, GA, AL, NJ, DE, PA, NY). Second, we need to raise money to bus kids from our neediest local school districts and programs to attend our after-school programs at Summit five days a week during the school year!

I’d like to personally invite you to help us create this TIDAL WAVE OF IMPACT by giving your best year end gift. For some it may be $100 and others it might be $100,000,000. We just met a man whose grandchildren were impacted by Five Star and after one conversation, he wrote a check for $200,000 to help us finish the Life Building at Summit where thousands of kids will be transformed. Whether big or small, your support will TRANSFORM more kids like Audri. I also want to challenge you to take it a step further. I’m personally asking you to share what you’re doing with someone else in your network whether it’s a family member, friend, or part of your business network. I’m not asking you to PUSH Five Star on anyone! I’m asking you to simply ask folks what they’re doing to change culture and then share what you’re doing. It’s simple and could be a game-changer for so many kids. The kids of America need Five Star Life more than ever before. Thanks in advance for being part of this tidal wave of impact! 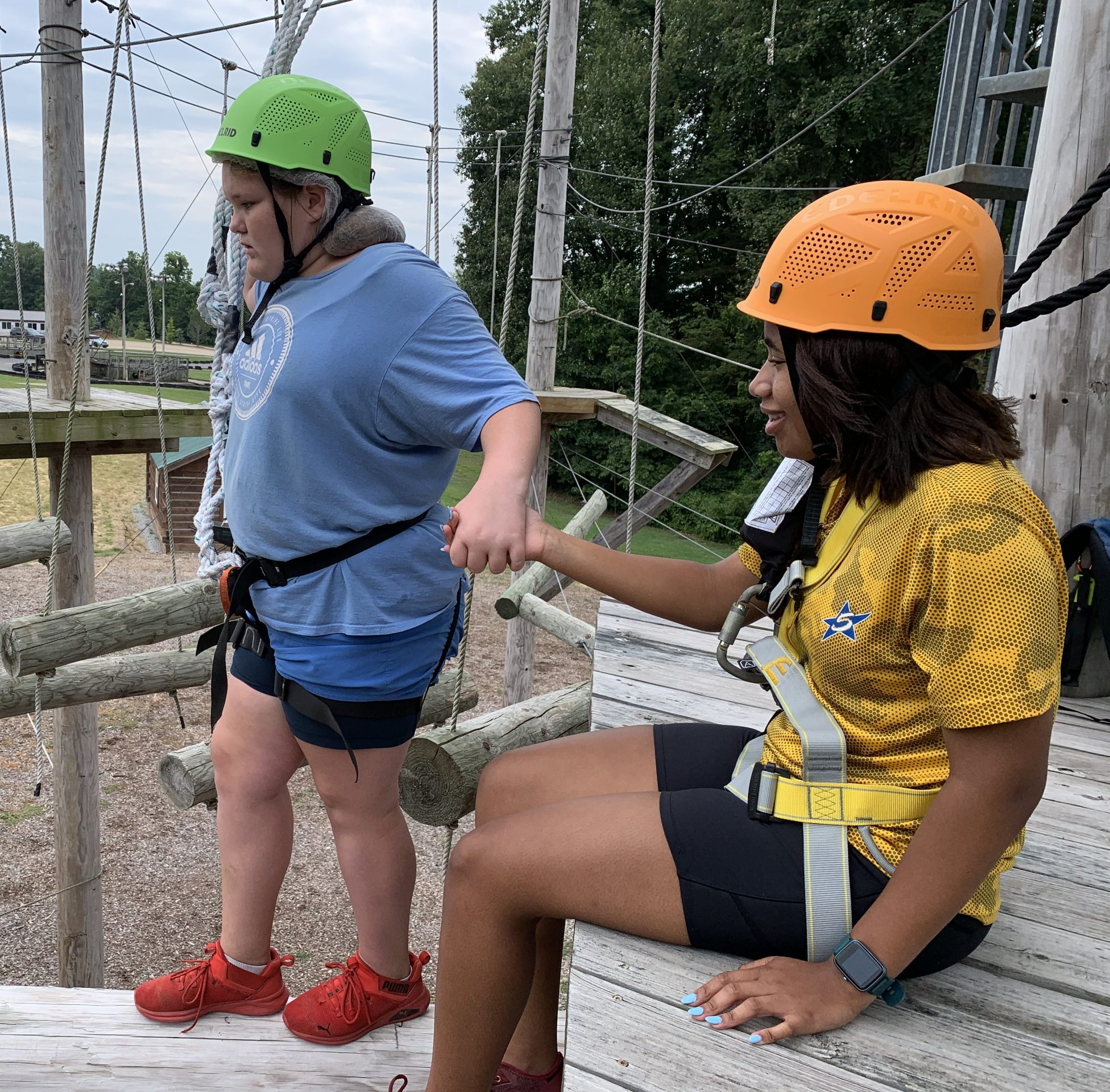 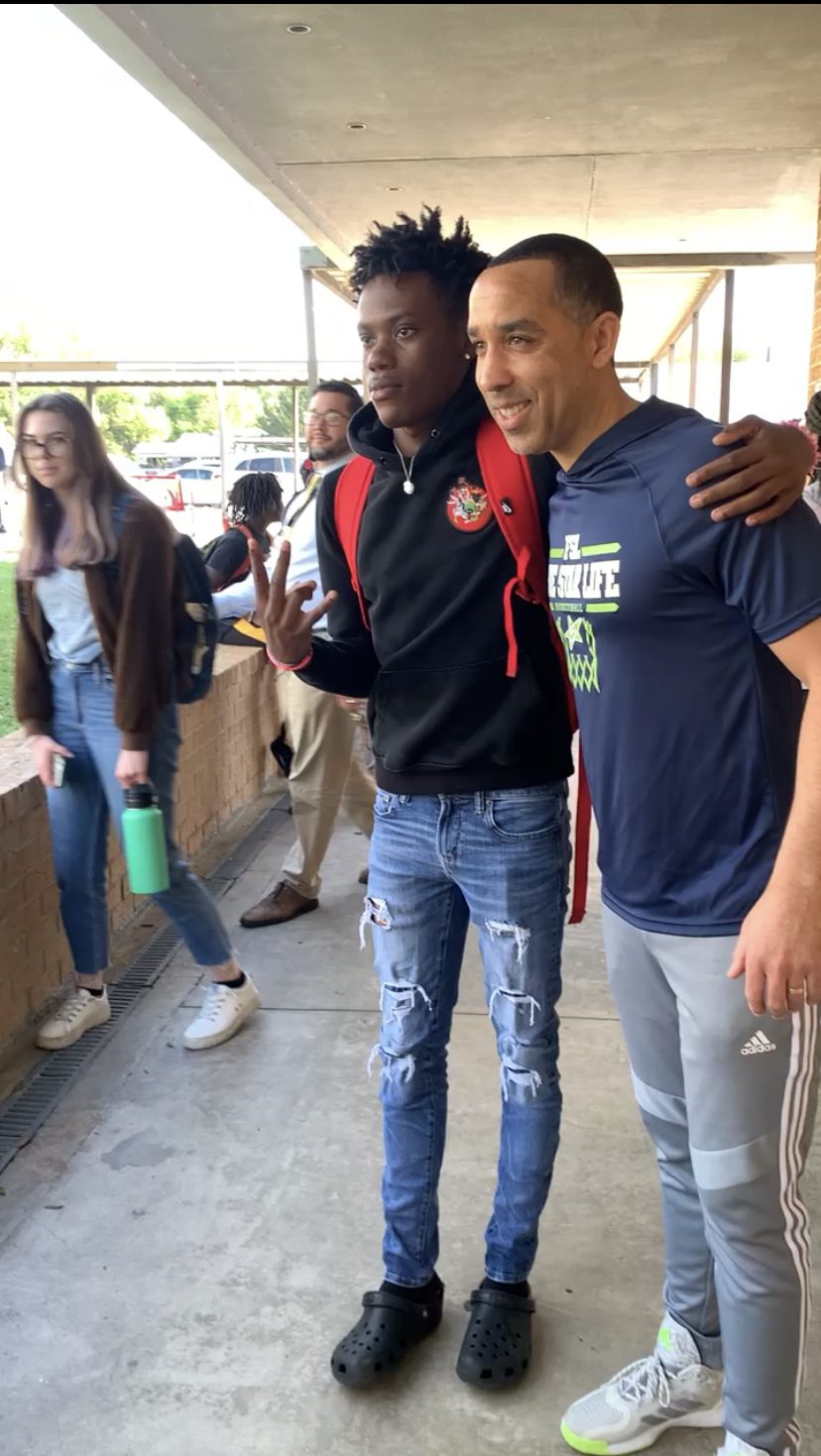 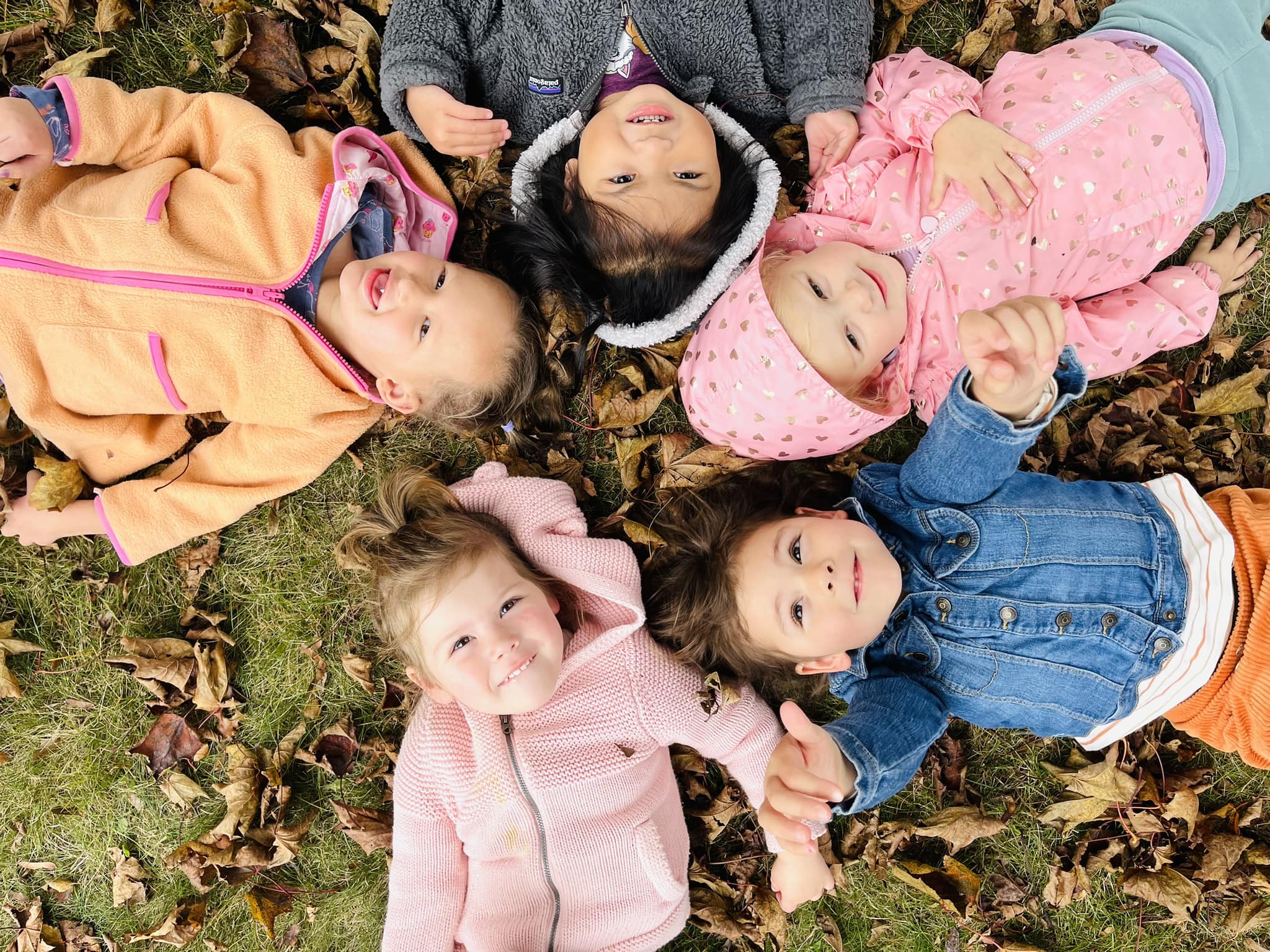 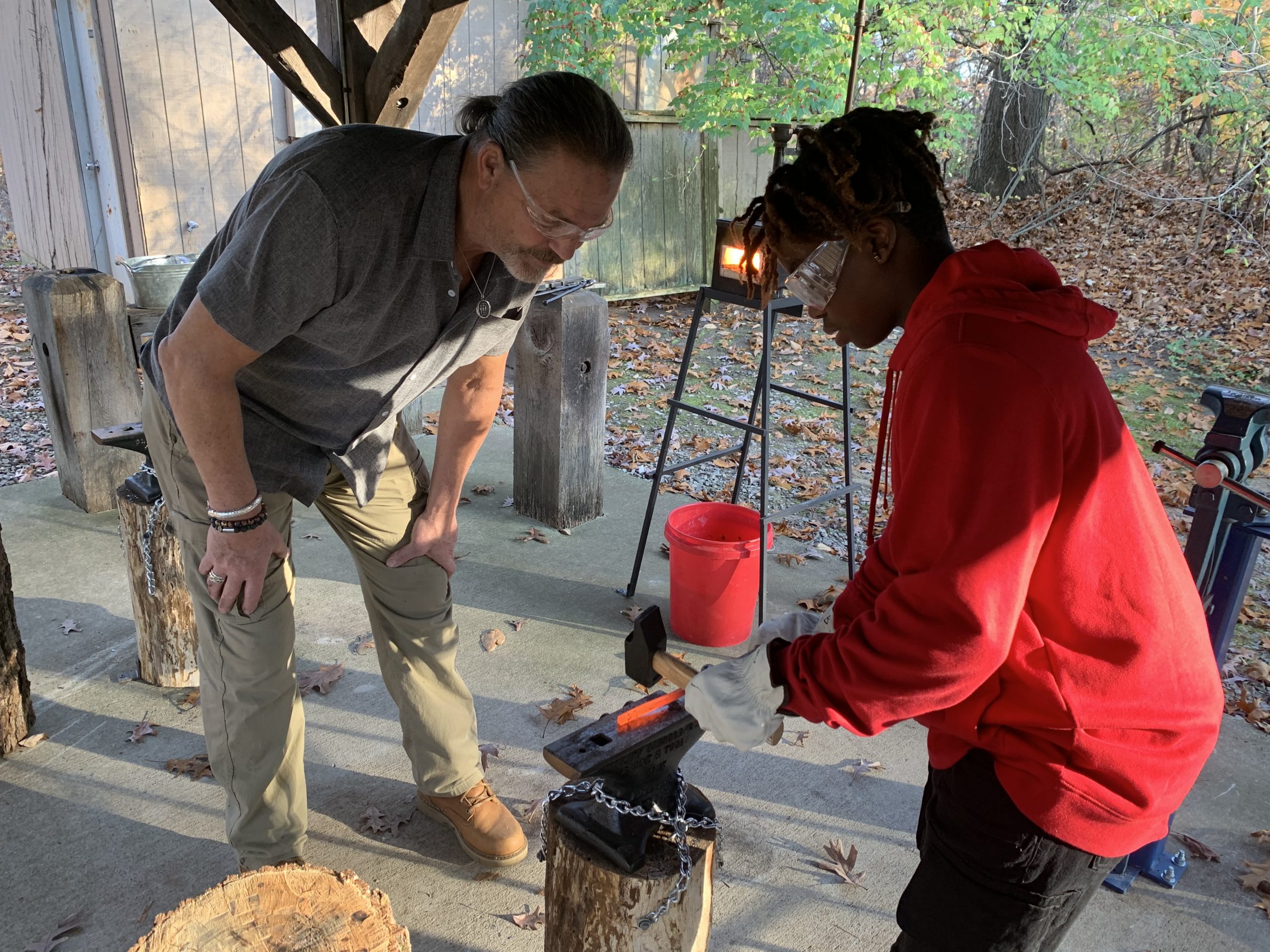