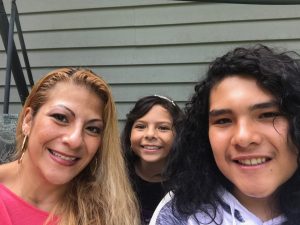 Annay and her son, Jose, were out car shopping one day and, little did she know, her life and her children’s lives were about to change. She worked hard to purchase a new vehicle for her family and the car salesman, Dan, was helping her find the perfect vehicle. While talking to Dan, he mentioned a middle school program called Five Star Life. See, Dan was a volunteer mentor (coach) for Five Star Life Dowagiac and knew her son could benefit from the organization. Dan began to share about Five Star: how beneficial the program was, the academic and character components, how much fun students had, and experiential learning through Summit Day Trips and Leadership Camps. 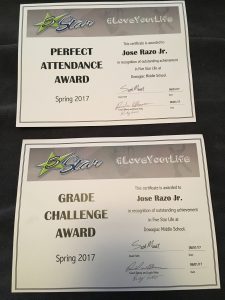 After hearing all of the amazing things about Five Star, Annay began to share how her son struggled in school and at home. “I wasn’t sure if it was development issues or emotional issues… or maybe even a learning disability”, Annay said. She also shared that she was recently divorced and working to make ends meet, which definitely took a toll on Jose.

After leaving the car dealership, Annay researched Five Star and decided to have Jose join the program. After a few weeks, she began to see changes in Jose. “He was starting to become more social, telling jokes, laughing, and expressing his thoughts and his feelings. It was a huge step for him! Instead of just crying and not being sure of what he was feeling, he was beginning to verbalize what was going on in his life. It was a huge milestone for him and for me.”

nnay knew that Five Star had a huge influence on his changes. “Once Jose began to express himself, I was able to help him better and it had a tremendous impact on the family.” Before Five Star, Jose’s grades were average at best, but once Jose began to realize the importance of his education, he began to do his homework and ask Annay for help. He began to review all of his work with her and even asked his teachers for extra credit assignments. By the end of the third semester, he was on High Honor Roll. “As a parent seeing my son struggle in so many ways, it was so incredible to see him succeed.”

Five Star Life had a “full circle effect” on Jose, which in turn had a “full circle effect” on his family. Jose continued to win award after award at Five Star Awards Nights – Perfect Attendance, Grade Challenge, Challenge Steps, Extra Mile, etc.  “Five Star has built a huge sense of achievement and pride within Jose. Five Star Life is not just the program for “perfect students” it is for ALL students. As a working parent, Five Star isn’t a program for just the student, it’s a program for parents too. They educate us on what to do through the major developmental phases in our children’s lives.”

This is the power of Five Star Life. Through constant communication with parents and students, entire families can succeed. Annay said that she has been heavily influenced by Jose’s grit and ability to not give up. He has helped her set goals and continue to push forward. The goal of Five Star is to help students succeed by pushing, encouraging, and taking steps with them. 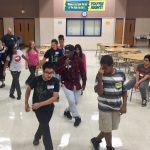 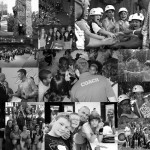