One of our strongest beliefs is that Core Values and lessons are taught and retained through experiential learning opportunities. It’s one of the cornerstones of who we are and why we do what we do. Using this platform, students can take the lessons they have been taught about leadership, character, and academics and put it into practice. What better way to understand something than to see it in action? Epic Dance Studios, a nonprofit organization in Elkhart, is taking the same approach through dance by focusing on helping students who would normally not have access to dance classes.

Stephanie Pairtiz, founder of Epic Dance Studios, began dancing at only three years old. Dance seemed part of her DNA, with her mother being a dance instructor. After high school, she moved to Chicago to pursue dance, but soon realized that she missed the teaching and one-on-one aspect of dance. She decided to move back home and help her mom open and manage a dance studio, along with other endeavors. After going to college and receiving a license in English and Dance, she worked in both public and private schools, which began her dream of Epic Dance. “I think the world is better with dance and I enjoy spreading that.”

Epic Dance offers classes such as ballet, tap, jazz, hip-hop, and contemporary classes for students from preschool and higher, and students who have special needs.

“My husband became involved with Five Star through his company, Global Link and he was always talking about the program.” Stephanie and her husband, David, began to realize that many of the values and visions put forth from Five Star were also visions that they had for their organization. At Summit, Five Star focuses on teaching the Core Values through experiential learning – why couldn’t dance be incorporated into a learning experience?

Epic Dance is now offering a free hip-hop class during options at Pierre Moran Middle School during the Five Star program. “Dance is a tremendous way of releasing energy and creating something amazing.”

David said, “I felt it was a perfect match to see if Five Star Life and Epic Dance could come together. So, we’re offering an outreach program called Five Star Dance. It’s been a pretty fun marriage between the two not-for-profit groups.”

At Five Star, we are giving students endless opportunities for success and our partnership with Epic Dance is just one of the examples for how we are connecting with students. To learn more, visit the link here or call our office at 574-266-4038. 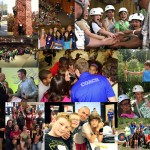 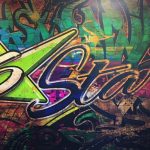