Using Social Emotional Learning as a Tool for Students

“6th grade was hard for me because most of the bullies from my elementary school followed me to middle school. They would pick on me about my friend’s suicide and other terrible things. I went to Five Star Life in hopes of getting away from the bullying. It worked. Not only did most of the bullies stop bullying me, some became really good friends with me.

7th grade got a little better. I was still getting bullied, but it decreased. However, I met a new guy who, for some reason, hated my guts. He was a mean person. He would kick me, call me names, and throw things at me. I even lost some of my friends because of him. Five Star was pretty much a safe haven from him. During that time, his brother got into a car crash and died. He decided to put the blame on me even though I didn’t know his brother.

In 8th grade, he still bullied me. He would say terrible things to me and, because of this, more of my friends left me. I was just about to give up on life.  There were just so many moments where I could have ended it all, but I kept getting hope from my parents, my coaches and Five Star, and even my teachers. Because of all the people who supported me, I had the hope to continue with my life even when I was getting bullied.

Currently, the bully and I are in agreement that if we leave each other alone, there won’t be any trouble. Looking back, I realize that after all of that, I was still a happy person. My grades were good, I gained some new friends, and I succeeded in Five Star. Instead of me taking the bullying and putting myself down, I took it and thought of it as me growing up – Five Star helped me realize that very quickly. It’s amazing how such great people can come to your life in such bad times.”

The above story is from a former Five Star Life student. He is just one of the many examples of students’ lives that have been transformed by Five Star Life and all that we are doing through our many programs. This student took the tools that he was taught at Five Star, applied them to his own life, and succeeded because of it!

Instead of just giving up, he took the lessons he learned at Five Star and was able to look at life through a whole new, positive perspective. Imagine how many students could be positively impacted by this! How many lives could be saved if they were told that they matter, that their grades mattered, and that they have a bright future? Social Emotional Learning and character education are becoming game changers for schools throughout the country and your students can be a part of the movement! 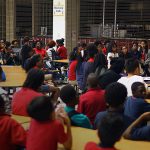 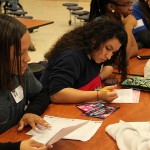 How A Michigan Middle School Decreased Their Disciplinary Referrals by 68%!Uncategorized