I attended the Five Star Life Houston kick off last month. Our head coach, Brandon, had been talking about how amazing our high school leaders are in the Texas schools, so I was excited to meet them on my trip. I walked into the gymnasium and immediately recognized a familiar face. I saw JJ, a former Five Star Life student.

He was part of our pilot program in the Texas area and I was taken back that he was now back in the program, not as a student, but as a high school leader.

JJ had around a .7 GPA entering the Five Star Life program, hanging around the wrong crowd and going down a path of destruction. The principal actually approached me and said that he would not graduate high school, and that he would most likely drop out of school in the next 12-24 months. She was projecting a life filled with drugs, gangs and despair.

JJ was in the Five Star Life program last year and he ended up graduating middle school on the honor roll, taking his GPR from a .7 to a 2.5 in six weeks! He is now back working with FSL in his old middle school, to help and encourage kids who are potentially going through exactly what he went through.

We know what the statistics say-7,000 students drop out of school per school day because they are left on a path of self destruction believing they can never become anything more. This is an epidemic.

JJ was someone who should have fallen into that gut-wrenching statistic. He didn’t have the home support system, his leaders at school were setting him up for failure, and he had no one to turn to. This is the epitome of the Five Star Life student. Because of Five Star Life, students are coached and instilled values to be a better person.

JJ is just one example of what Five Star Life is doing in Indiana, Michigan and Texas. We are changing the lives of thousands of students, but know we have hundreds of thousands still to reach. 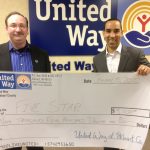 A Very Special Thank You to the United Way of Elkhart County!Uncategorized 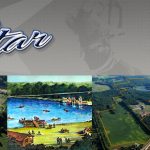